His "freak" status chimed with the West Coast counter-culture movement and, though bafflingly hard to pin down, his appeal was undeniable. Zappa signed him in 1968, and the rambling double album, An Evening With Wild Man Fischer, was backed by Zappa's group, The Mothers Of Invention.
Its 36 tracks comprised anything and everything from busked songs accompanied by rough acoustic guitar to fully fledged psychedelic workouts. The release - conceived as a documentary about Fischer - culminated with The Wild Man Fischer Story, a undeniably manic performance which took up the whole of the fourth side. On this, as elsewhere, Fischer's voice swooped from full-throated bellows to hoots and grunts, leavened by occasional snatches of tuneful singing.
Despite exposure on the top-rated television programme, Rowan & Martin's Laugh-In, and an appearance at the Pasadena Rose Bowl with Janis Joplin, The Byrds and the Everly Brothers, the release was a flop, with critical reaction ranging from bemusement to Rolling Stone's conclusion that it was of interest only to the "socially callous".
Fischer's unhinged behaviour caused Zappa to drop him from Bizarre; during an altercation with Zappa's wife Gail, Fischer threw a glass jar which smashed dangerously close to the couple's baby daughter Moon Unit. "I thought from the first day I met him that somebody should make an album about Wild Man Fischer," Zappa said in 1970. "But when you're working with somebody like him, or people who are out there, the problems that arise after the album is completed sometimes become too much to bear."
Fischer took the rejection hard, claiming later on the song Frank that Zappa consistently withheld recording income ("Frank's got my publishing rights/You could say he's on my mind all the time").
But the comic appeal of the Bizarre album, and subsequent records for LA label Rhino Records, helped craft Fischer's reputation as a naive visionary, music's ultimate "Outsider" artist. His slender catalogue now attracts devotion from fans the world over, despite his low public profile and the fact that he never performed outside the United States.
Lawrence Wayne Fischer was born in Los Angeles on November 6 1944. Eccentricities in youth escalated to an episode at the age of 16 during which he threatened his mother with a knife. This led to his being committed for the first of two spells in psychiatric care, confinements he later characterised as "nightmarish".
Diagnosed as a paranoid schizophrenic with a bipolar disorder, Fischer lived on the streets after being discharged, developing an exuberant busking routine accompanied by the with the cry "Original songs for sale". It was this routine that attracted Zappa's attention.
In the mid-70s he recorded the novelty song Go To Rhino Records for the retail outlet of the same name on LA's Westwood Boulevard. When this became a local hit, Fischer recorded three albums for the Rhino label: Wildmania (1977), Pronounced Normal (1981) and Nothing Scary (1984).
In a twist as bizarre as any other in Fischer's life, he then formed a telephone friendship with the singer and actress Rosemary Clooney - aunt of the film star George - and recorded the 1986 duet It's a Hard Business with her.
Fischer's relationship with Rhino deteriorated when he was barred from the record shop for pestering customers to buy his releases, even going so far as to snatch purchases out of their hands and substituting them with his own records.
During the 1990s increased mental fragility put paid to further recording, and his performances were sporadic. Rhino issued the compilation The Fischer King in 1999 but the decision by Gail Zappa - who inherited her husband's musical copyrights on his death in 1993 - not to reissue An Evening With Wild Man Fischer became a personal and enduring bugbear.
But growing acceptance of Outsider music among the YouTube generation sparked a new upswing in his fortunes. In 2004 Fischer performed on the American late-night TV chat show Jimmy Kimmel Live!, by which time a documentary by film-makers Josh Rubin and Jeremy Lubin was in production.
Released the following year, Derailroaded shows Fischer living with a frail and elderly aunt in Los Angeles and contemplating a move to an assisted living facility in the suburb of Van Nuys.
By this time Fischer had decided to take medication to control his conditions for the first time since the mid-Sixties. The pills stabilised his moods, and he lived quietly until the end of his life, but they left him with little desire to perform. 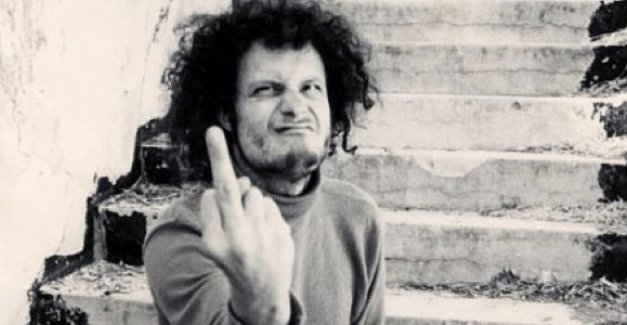 from "wikipedia.org/wiki/Wild_Man_Fischer"
Born Larry Wayne Fischer in Los Angeles, California, United States, Fischer was institutionalized at age 16 for attacking his mother with a knife. He was later diagnosed with two mental disorders - severe paranoid schizophrenia and bipolar disorder (manic depression). Following his release from the hospital, Fischer wandered Los Angeles singing his unique brand of songs for 10¢ to passers-by. Discovered by Frank Zappa, with whom he recorded his first album, Fischer became an underground concert favorite, earning him the title "godfather of outsider music." Zappa was responsible for Fischer's initial foray into the business of music, an album called An Evening with Wild Man Fischer, contains 36 tracks of "something not exactly musical." Zappa and Fischer remained close, until Fischer threw a jar at Zappa's daughter Moon Unit Zappa, barely missing her. Due to this falling out, Zappa's widow Gail Zappa has not yet released An Evening with Wild Man Fischer on CD.
In the 1980s, Fischer worked with Art and Artie Barnes (actually Bill Mumy, of Lost in Space/Babylon 5 fame, and Robert Haimer), to produce two albums, Pronounced Normal (1981) and Nothing Scary (1984).
Fischer appeared on national television (Rowan & Martin's Laugh-In) and was the subject of a comic book (The Legend Of Wild Man Fischer).
In 1986, Barnes and Barnes also wrote and produced "It's A Hard Business", a duet featuring Fischer and Rosemary Clooney. The song was the result of a telephone friendship that began after Clooney heard Fischer's song "Oh God, Please Send Me A Kid To Love." In 1987, Fisher performed his only East Coast performances at the Mass College of Art and Design.
Rediscovery
In 1999, Rhino released The Fischer King, a two-CD package comprising 100 tracks and a 20-page booklet, which sold out within weeks. The limited-edition album comprises his entire Rhino catalogue, including the albums with Barnes and Barnes and Wildmania (1977), along with his duet with Clooney. Fischer also appears as guest vocalist with the noise band Smegma on their album Sings Popular Songs.
In October 2004, Fischer appeared on ABC-TV's late-night talk/comedy show, Jimmy Kimmel Live!. He sang "Monkeys vs. Donkeys" while tapping on a backwards acoustic guitar, and also sat for a chat with the host, wherein he explained what it means to have "the pep" (i.e., when the spirit is in him and he's singing happily).
In 2005, Josh Rubin and Jeremy Lubin, collectively known as The Ubin Twinz premiered their documentary about Wild Man Fischer, entitled Derailroaded: Inside The Mind Of Wild Man Fischer, at the SXSW Film Festival in Austin, Texas. An Evening With Wild Man Fischer remains unreleased on CD. The awareness brought to Fischer by Derailroaded did, however, bring all three Rhino albums back in print on CD through Collectors' Choice Music.
Fischer made his final appearance on August 16, 2006, at the Trunk Space in Phoenix, Arizona.
He was mentioned in Thomas Pynchon's 2009 novel Inherent Vice (pg. 155).
He was mentioned by Eric Clapton in the opening of the 2010 Crossroads Guitar Festival, "Wild Man Fischer lives...", in reply to Bill Murray's introduction.
Fischer died in Los Angeles, on June 16, 2011 after heart problems. 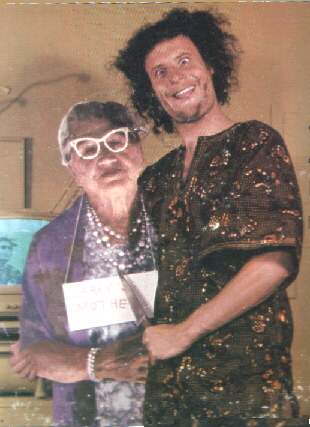 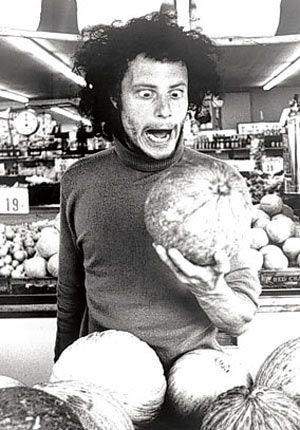