Oh dear another brainsong show and so little to write about - the extra track this week is Peter, Paul and Mrs Nosepoltice  and  "Old Smokey"  from "Stop Messing About" this was the show they put together after the death of Kenneth Horne 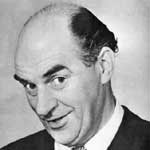 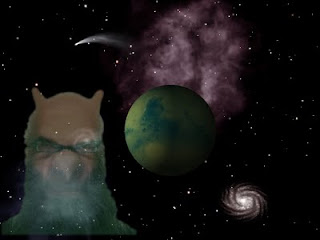 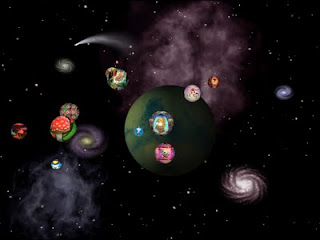 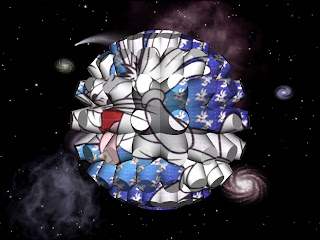 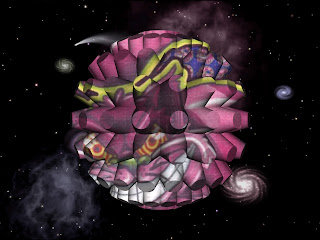 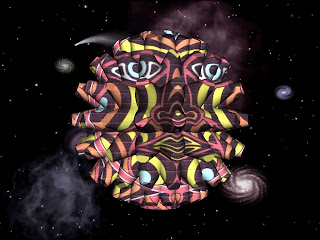 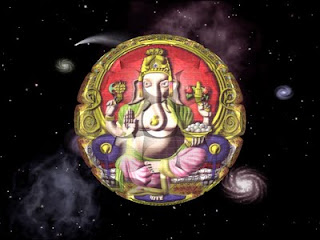 well that'a it for this week 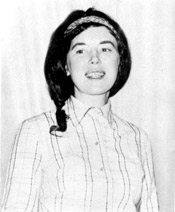 DELIA DERBYSHIRE: On Our Wavelength
This article was originally published in Boazine 7.
Text: John Cavanagh

TV themes are so evocative - a couple of bars of Trumpton, Wonder Woman, The Prisoner, The Herbs, Randall & Hopkirk (deceased) or whatever and you're transported to another place. Maybe the most famous one of all is the eerie wail which told millions that the Tardis was off again: the Doctor Who theme. Way back in 1963 the producer of this new pilot series wanted a piece of music which sounded like the French group Le Structure Sonore who played music on resonating glass rods. They couldn't afford to use them for a series which might not run for a few weeks anyway, so they called on Delia Derbyshire of the BBC's Radiophonic Workshop who took Ron Grainer's tune and created the Doctor who theme as we know it using a dozen valve oscillators which were never designed for any kind of musical application. For once, cutting corners produced a classic and more than 35 years on Delia appeared at a recent Doctor Who convention and spent over three hours signing autographs for enthusiastic fans. Aside from this theme, little is known about Delia... you'll see her name-checked by Sonic Boom and soon - thanks to Drew Mulholland of the Mount Vernon Arts Lab - you'll be able to hear her music on cd for the first time. Derbyshire's sounds are amongst the greatest discoveries we've made: timeless and unique. We think people need to know more about her, so I spoke to Delia on the 'phone for Boa and started out by saying that she had an open mind to sound of all sorts...

DELIA: Oh my goodness! That's brilliant that you said that! I was trying to analyse myself and I've got an open attitude to sound. Golly! We are on the same wavelength! I came from - what they'd like to call themselves - an upper working class Catholic background in Coventry. I was there in the blitz and it's come to me, relatively recently, that my love for abstract sounds [came from] the air-raid sirens: that's a sound you hear and you don't know the source of as a young child... then the sound of the "all clear" - that was electronic music. I mentioned the Catholic bit: I was taken to benediction as a child and it was all in Latin -plain song hymns in an abstract language. After the worst blitz I was shifted to Preston, where my parents came from. It's only today that I've realised that the sound of clogs on cobbles must have been such a big influence on me - that percussive sound of al the mill workers going to work at six o'clock in the morning.

Delia was a very bright child. By the time she was four, she was teaching other children to read.
The radio was the most important thing in her life as primary school couldn't really bring her much information. She started learning piano at eight and a half then got a scholarship to a grammar school which didn't approve of her out-of-school music studies. Her father wanted her to learn 'cello, but the school said they had enough cellists and put her to the violin:

DELIA: I hated the bloody violin! You haven't actually seen me, but I'm pretty big, very tall and my arms outspread are longer than a guardsman's! Me on this little violin - I was never happy and so after I was at the BBC I had an urge to take up double bass. I had lessons from the double bass principle at Covent Garden. After quite a few lessons he said "you'd be a very good asset to a ladies orchestra"!! (Delia's voice rises to a cadence at this point at the old guy's nerve!). Directors who came to see me work used to say "you must be an ardent feminist" - I think I was a post - feminist before feminism was invented!

JOHN: I think an individualist is more accurate really.

DELIA: Golly, I realised that... people that are just interested in self promotion and money are not my thing... you should see my last birthday card, a lovely one from America, with a whole shoal of fishes in silhouette with their mouths turned down and one fish swimming the other way with a smile on its face and printed on the card was "to an independent thinker". (much laughter) I think that sums me up; I did rebel. I did a lot of things I was told not to do.

The BBC started the Radiophonic workshop in 1958. The idea was to have a department providing, at low cost, theme and incidental music plus sound effects for radio & t.v. series. Today some of this stuff sounds quaint and dated but Delia's work stands out thanks to her ultimate resource - a limitless imagination. When Ron Grainer wrote the melody for the Doctor Who theme, he supplied only abstract direction.

DELIA: On the score he'd written "sweeps", "swoops"... beautiful words... "wind cloud", "wind bubble"... so I got to work and put it together and when Ron heard the results.. oh he was tickled pink!

This theme alone should have given Delia legendary status, but within the BBC much of her music was rejected. One theme was considered too lascivious, a schools theme was too complex for the target age etc. Outside the BBC Delia was in demand, scoring music for films, fashion shows even commercials (much to the chagrin of the Corporation!).

Barry Miles' Paul McCartney biography says that Delia was approached by Paul to arrange a backing track for "Yesterday".

DELIA: He never came to the workshop. I always did work outside and he came to (Peter) Zinovieff's studio and I played him some of my stuff - that's all... but it was the phrase length he was interested in. I've always been non-conformist: I don't like the 8 bar or the 12 bar standard thing. They're all beautiful in their own way, but why not explore different phrase lengths? (Paul) never came to the workshop... Brian Jones did - golly! There we were with our hand tuned oscillators and he went into it with his frilly cuffs and things as though he could play it as a musical instrument! He died very young and I cried buckets. Pink Floyd (came to the workshop) and I took them down to Zinovieff's place.

JOHN: was Syd Barrett still in the band?

DELIA: How do you expect me to know?... I paid for the bloody taxi for all these people!

JOHN: What actually happened after you left the BBC?

DELIA: Crazy, crazy, crazy! I was the best radio operator Laing Pipelines ever had! I answered a job in the paper for a French speaking radio operator. I just had to sleep - everything was out of tune, so I went to the north of Cumbria. It was twelve miles south of the border. I had a lovely house built from stones from Hadrian's Wall. I was in charge of three transmitters in a disused quarry. I did not want to get involved in a big organisation again. I'd fled the BBC and I thought - oh, Laing's... a local family firm! Then I found this huge consortium between Laing's and these two French companies.

Aside from the Doctor Who theme, Delia Derbyshire's music is not widely available. There are several tracks on a 1968 BBC lp known to collectors as the pink album. Among these are pieces written for t.v. dramas... Ziw-zih Ziw-zih Oo Oo - one of the most remarkable sounds I've ever heard with backwards chanting for th egod of an ancient civilisation... the incredible atmosphere of Blue Veils and Golden Sands evoking a hazy sun and a tribe travelling across a desert wilderness... and these still sound more radical and sonically unfathomable (how did she do it?!) than so much of today's "cutting edge".

Now Delia is being discovered and, 30 years on, time seems to be catching up with her ideas. She's fired up, wanting to create new music and experiment with '90's technology... can't wait to hear the results! When I spoke to her I'd heard she was suffering from breast cancer and I didn't want to bring the subject up... but she did. Delia just said that she was not terminally ill and she wasn't sure how this rumour had got around - nor did she have a problem talking about it; she had been on Radio Four's Woman's Hour doing just that the previous week!.

DELIA: I've got a funny you can throw in. You can say that when you 'phoned me I was just back from the Doctor Who convention and before that I'd been having it off in the Derbyshire peak district!! (much laughter) Do you like that? ... oh I'm SO PLEASED!! I'm glad we built up to something!

Delia Derbyshire - the music is unique and, as they say, out of this world - the personality is inspiring. Yup... when Delia makes the scene, the scene is made!! 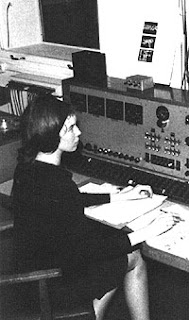 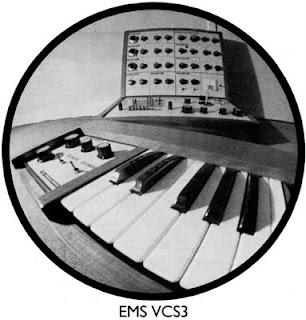 Well spiritplants radio in in the repeats part of it's cycle﻿ so not a lot to say.
Sooty has been in the news so I thought I'd add a link to a piece of mine  - Sooty Is God
Been working in black and white for http://scriptorpress.com/ if you know me you will know how hard that is lol 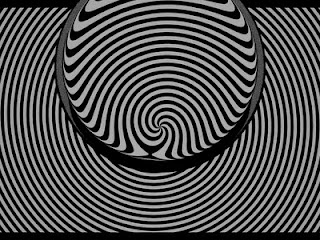 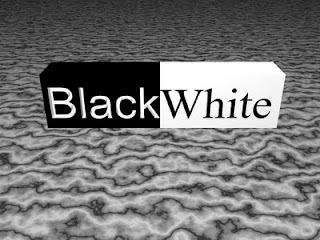