In The WIndow - 51 Just William 1
spiritplantsradio.com

The first in a series of Just William stories a favorite of mine for over 50 years. 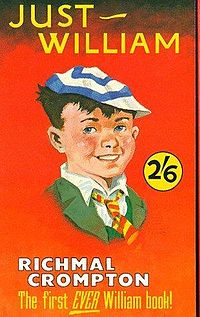 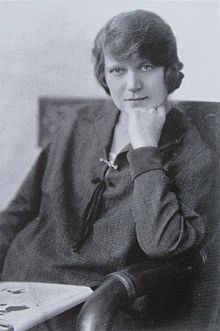 Richmal Crompton Lamburn, pictured on the cover of her biography


Sometimes William can be very moral – he is inspired to tell the truth for the duration of Christmas Day in William's Truthful Christmas (Still William, 1925) with terrible results:
“        [William has just received a geometry set and a book on church history for Christmas.]
"Did you like the book and instruments that Uncle and I gave you?" said Aunt Emma brightly.
"No," said William gloomily and truthfully. "I'm not int'rested in Church History an' I've got something like those at school. Not that I'd want 'em," he added hastily, "if I hadn't em."
"William!" screamed Mrs. Brown in horror. "How can you be so ungrateful!"
"I'm not ungrateful," explained William wearily.
"I'm only being truthful... 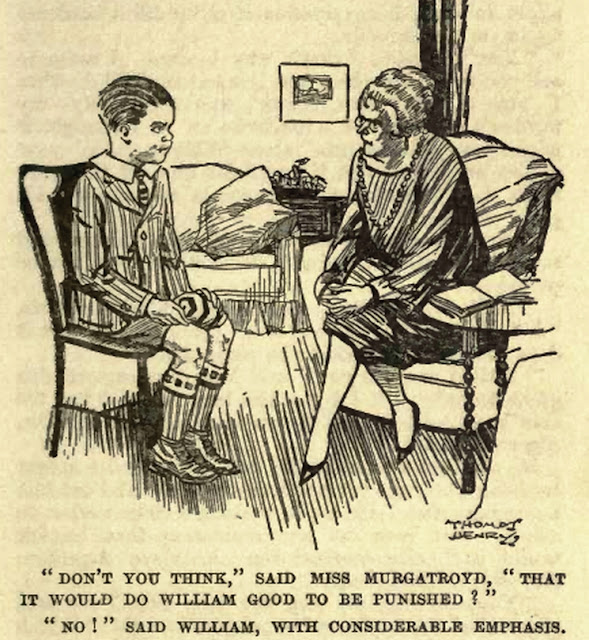 William has been criticized by the RSPCA for stories where he is cruel to animals. For example, in one story he paints his dog blue as a circus exhibit. In another he has a competition to see how many rats his dog can kill in a certain time. Some stories have been removed from modern publication, such as William and the Nasties from William The Detective where William suspects a Jewish shop owner of dishonesty and forms a mob to evict him. ("Nasty" was William's mispronunciation of Nazi.) This story was written in 1935 before the Second World War, and was probably meant as parody. By the end of the story William and the Outlaws help capture a thief who had imprisoned the Shopkeeper and the Shopkeeper generously allows them to take many items free.

This story appeared in all the 20 impressions of "William the Detective" published by George Newnes (1935–1967), and in all the editions brought out by Armada in the 1970s. It was in 1986, in the edition brought out by Macmillan Children's Books, that this story was first omitted. Richmal Crompton's biographer, Mary Cadogan, wrote that both Richmal Crompton's literary executor – her niece Richmal Ashbee – and her publisher Macmillan "unhesitatingly decided to drop this episode [William and the Nasties] completely from new editions of the book." [Mary Cadogan, Richmal Crompton – The Woman behind "Just William" pp. 117–18]

I can not recommend the wonderful PovRay too much, for non programmers there is a steep learning curve but it comes with a very good tutorial and a VERY complete manual and needs it as it dose not work like any of the other 3D rendering software you may have tried and it's FREE. Thank you POV-Team.


Here is a pic from the PovRay hall of fame - brilliant 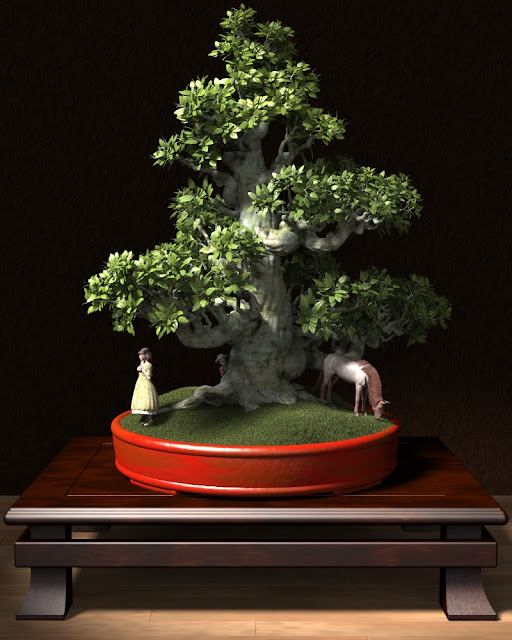 And now a track from my soundcloud - if it works - All the sounds in Lady Strange are from speeches made in Parliament both the Commons and the House of Lords.

I'm off to lay down

in hospital
Posted by mad as a box of frogs at 04:47 No comments: