In The Window - 35 Playlist

In The Window 34 - Swamp Messiah

In The Window 34 - Playlist 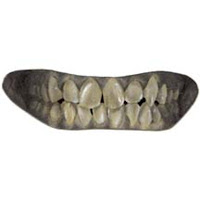 As of April 15, 2012 I've begun a blog for the express purpose of exploring and discussing the recording of poetry, specifically audio compositions that include music or other sounds. I'm trying to build an archival record of what has been produced and by whom; a continuing report on current events (that means you, SoundClouders); and some information on basic recording techniques and technologies to help all of us make better recordings. I invite you to participate.
I've just added a link to my visual art at Deviant Art (I'm in the process of building a small gallery there). You have to log in and be over 21 to view most of my work—it is sexually explicit.
I've also added another SoundCloud link, "it was my favorite planet", where I'll be posting my field recordings.
I am pre-Sputnik. I've been drawing all my life, writing and painting since the mid-1970s, and recording since 1996. Even though I use many of the same tools and instruments, I do not consider myself a musician. These audio compositions are meant as sort of a collage to create a fuller presentation of my words (poems, rants, ad lib ramblings), much the way the application of paint or physical objects will further develop a pencil sketch. Most of the sounds are recordings of household, outdoor, or industrial sounds that have been processed in Sound Forge (whether looped, mangled, or left recognizable) that I then put together (sometimes structured into rhythms, sometimes randomly placed) in ACID Pro, often combined with various software instruments such as those from Native Instrument's Komplete or with commercial loops from the ACID library (the loops have always made me uncomfortable because they're too pretty and too professional sounding). For anyone interested in going deeper than the sounds I've added the text, if there is one, background information, and other intellectual babble to the comments section of each track and set. 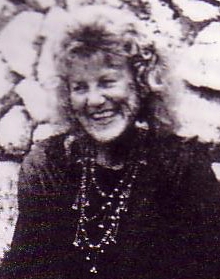 Born to Russian and Scottish parents, June Campbell Cramer was raised in Plymouth and received a strict education. In the late fifties, she studied at art college, and from the early sixties spent most of her time living in Spain, painting and working as a fashion model. She lived in various other places for a while, including Italy, Greece and the Balearic Islands. It was while living near Palma in Mallorca that her path crossed with the Canterbury school : Daevid Allen, Gilli Smyth and Kevin Ayers were occasionally residing on the island. It was through June that Allen and Ayers met Wes Brunson, the American millionaire who sponsored Soft Machine in their early days.

At that point, Lady June was using the pseudonym June 'Onion' for her painting activities, 'signing' each work with a small suspended onion bulb. From 1967, her involvement in painting, music and poetry intensified, and her artworks received numerous exhibitions. In 1970, June made a conscious decision that it was time for her to combine the music, visuals and words. This multi-media approach was subsequently developed in her performances, literature and recordings. Her public appearances became more frequent. She gave a talk and played tapes to polytechnic students in London and had several gigs in Britain during 1971, including a brief residency at the Electric Cinema in London. By now she had adopted the name Lady June.

Further public appearances were made by Lady June during 1972, including a performance at the badly organised International Carnival of Experimental Sound at London's Roundhouse, with Steve Hillage, Tim Blake, David Bedford and Lol Coxhill, an appearance at the Edinburgh festival, and the 'Fun and Games' gig in London during November with Geoff Leigh, Steve Hillage, Didier Malherbe and Gerry Fields. In addition, she performed in London with Henry Cow and a slide show, and during June played a gig with them at Amsterdam's Paradiso.

In the next year, she was visible at a variety of venues in England, solo as well as with Ron Geesin and Ivor Cutler. She was also involved in the BBC Radio 4 series "If It's Wednesday It Must Be...", featuring oddbods Kenny Everett and Viv Stanshall. June also prepared a series of tapes at the Radiophone Workshop for the BBC Radio 3 third programme. Also in 1973, she was close to a most dramatic incident, as it was in her Maida Vale flat, at her and Gilli Smyth's birthday party, on June 1st, that Robert Wyatt fell out of a window and broke his back.

During 1974, Lady June gave her 'Uppers and Downers' show at the Cosmos in Amsterdam. The title was to be used for the booklet of poetry published by Virgin that appeared the following year. Also, there was a solo appearance at Amsterdam's Melkweg, supported by Hatfield and the North with whom she also made many private recordings. Work on her album progressed during the year; the finalised session was released by Virgin on the budget-priced Caroline label in early 1975 with the title Lady June's Linguistic Leprosy. Recorded at cost of £400 according to one review, it features Brian Eno (who was also resident in the Maida Vale area of London), Kevin Ayers (who wrote much of the music) and Pip Pyle. It is an adventurous and intriguing kaleidoscope of music and words.

Early the following year, June performed with Lol Coxhill and David Vorhaus amongst others, at the Puck Fair, with ex-Radar Favourite Gerry Fitzgerald (once a lodger in Lady June's flat), and in Wakefield with Fitzgerald and Coxhill. In the Summer she appeared on the same bill as Heathcote Williams and Mike Horowitz (for some years June has been a member of the Poetry Society in London), at the Unity Theatre with Fitzgerald and bass guitarist Colin McClure. She appeared too at the Edinburgh Festival, where she also did some compering. In December, Lady June's Linguistic Leprosy gave three performances of 'Away of Living' at the Institute of Contemporary Art in London.

In 1976, Lady June participated in a women's festival in Amsterdam incorporating slides, films and tapes, and with films at a gig for the Women's Free Arts Alliance (for whom she gave several readings), at another gig in Wakefield and did a couple of short sets in London. The following May, she made appearances in front of an audience of 8000 at the Gong reunion concert in Paris, at the Winchester Hat Fair, using slides and films; and at Battersea Arts Centre for a women's festival where she gave a short lecture on the transition from spoken word to music and song (playing an extract from the music of Gilli Smyth and Daevid Allen to illustre this). June also appeared on a BBC World Overseas programme that was broadcast to Spanish and Latin American countries. As well as being interviewed she played some tracks from her album and sang a couple of unaccompanied songs.

After this she returned to Spain for several years, making occasional live appearances in Deya, such as gigs in the Municipal Theme Park with Jeremy Hart and Hamish, and at a French restaurant in a recording made available on cassette and also featuring Daevid Allen, Gilli Smyth and Ronnie Watham (who can be heard elsewhere on Smyth's Fairy Tales). In Deya, June organised jumble sales, slide shows, art exhibitions and did some photo-journalism for a Mallorcan newspaper. In 1981, she was given an award at an amateur film festival.

Lady June was to return to London on May 16th, 1982 to organise 'An Odd Acts Event' at the Centro Iberico in London. This event featured a hilarious story by Lol Coxhill accompanied by Gerry Fitzgerald on guitar; some solo poems by Daevid Allen; and Gilli Smyth's performance accompanied by extracts from Harry Williamson's Tarka, as well as Lady June's own performance. Some of the evening's music and words was made available on a cassette released in 1983. Later that year, June published a book and a booklet (Caves), and designed a calendar.

Subsequently, her activities have mainly been in Mallorca. She printed another calendar, exhibited in several events, organised further jumble sales and acted in the video movie Paradise Is In The Mind, directed by Del Negro, for which she wrote the title song. She also contributed to an exhibition of Fifty Years of Deyan Art which was shown on Spanish TV. In 1984 she had two tracks included on a French underground cassette called Insane Music (Illusion Productions) and another two tracks on a French various artists release entitled History Of Jazz.

During 1985 she exhibited in an Amnesty International Benefit show in Palma, and performed on the closing night with guitarist Gerry Hart. That year June mad various broadcasts on FM Radio Mallorca, produced another calendar and organised a poetry/music/song event on a full moon night in Deya, which featured herself, Joan Biblioni and a wandering Irish minstrel. A recording of this was made available on cassette. She also gave a sketch in August at Robert Graves' Amphitheatre.

Activities over the following two years included involvement in the organisation of an Arts Festival in Spain in 1987, where she also exhibited, which was filmed for Spanish TV, and the production of a calendar for 1988. Around this time, she also had an exhibition entitled 'Something Old - Something New' in London. During June 1989, Lady June exhibited 42 of her paintings at the Restaurante Suizo in Deya, opening the event with tapes, poetry and accompaniment by a guitarist. In 1990, she had a track called "Growing Up" on a French cassette called Ode To Samantha Fox.

In the two years leading to her sudden death, June had been working on her most ambitious project to date. With Mark Hewins as composer and musical director, this project, Rebela, became the meeting point for many exponents of the Canterbury scene. Mark Hewins is still hoping to finish the project; needless to say, it is greatly anticipated.