In The Window - 67 - Lou Reed
spiritplantsradio.com 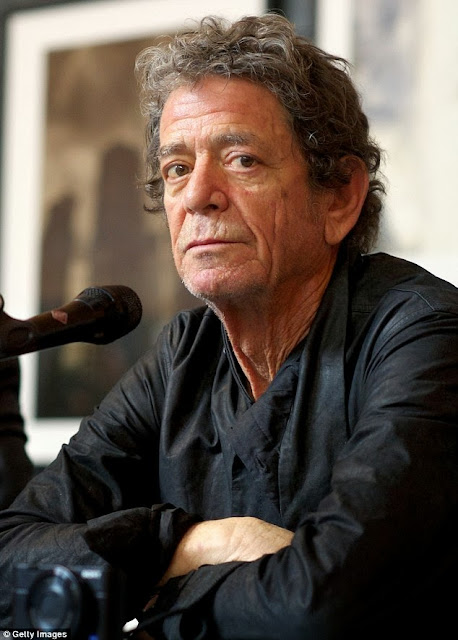 BBC News reported "David Bowie has led the tributes to US singer and former Velvet Underground frontman Lou Reed, who died on Sunday aged 71.  Bowie's Facebook page said of his "old friend", considered one of the most influential singers and songwriters in rock: "He was a master.""

I have heard Bowie tell a good anicdote against himself - On his first visit to America he was staying at a friends flat in New York and came rushing in late one night saying "I've just been to see the Velvet Underground and I went backstage and spent nearly an hour talking to Lou Reed".  His friend had to break it to him that Lou had left the band a few months ago and he had talked with his replacement! 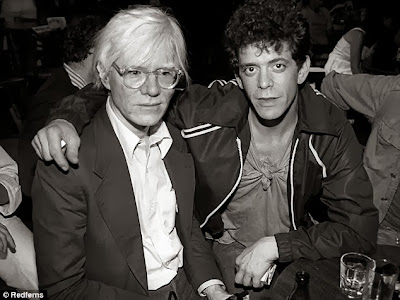 Brian Eno is quoted as saying "The first Velvet Underground album only sold 10,000 copies, but everyone who bought it formed a band." 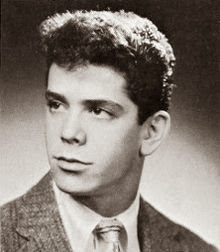 Reed as a high school senior (1959)
A friend of mine was in Virgin Records (when that was all they did) and heard a customer at the counter trying to buy "Metal Machine Music" but the guy behind the counter refused to sell it to him saying "You don't want this record".  The customer said "But I have all his records, I want to get this one", the guy said "No you don't, I'm telling you you don't want it, you will be disappointed", "No I do, I want to buy Metal Machine Music", "If I sold it to you would be disappointed, and even bring it back", "No I won't, just sell me it", "Sorry NO".  s went on for some time and he never got the album, well from Virgin anyway. 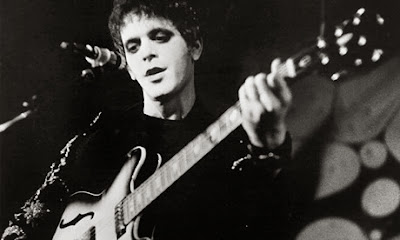 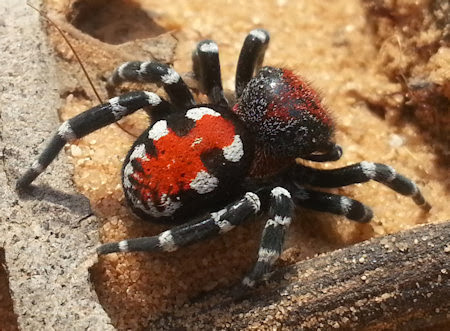 ~~~~~~~~~~~~~~~~~~~~~~~~~~~~~~~~~~~~~~~~~~~~~~
His first recording was as a member of a doo wop-style group called The Jades. In 1956, Reed, who was bisexual, received electroconvulsive therapy as a teenager, which was intended to cure his bisexuality; he wrote about the experience in his 1974 song, "Kill Your Sons". In an interview, Reed said of the experience :-  "They put the thing down your throat so you don't swallow your tongue, and they put electrodes on your head. That's what was recommended in Rockland State Hospital to discourage homosexual feelings. The effect is that you lose your memory and become a vegetable. You can't read a book because you get to page 17 and have to go right back to page one again." 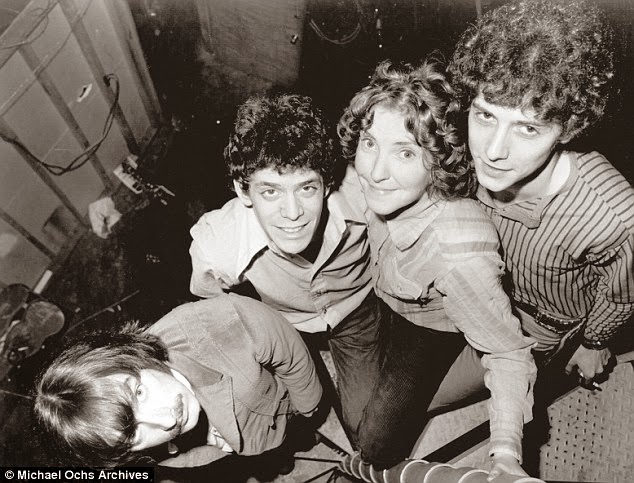 Venus in Furs (1967)
"Kiss the boot of shiny, shiny leather / Shiny leather in the dark / Tongue of thongs, the belt that doe"s await you / Strike, dear mistress, and cure his heart."

Sister Ray (1968)
"They're busy waiting for her sailor / Who's big and dressed in pink and leather / He's just here from Alabama / He wants to know a way to earn a dollar."

Sad Song (1973)
"Staring at my picture book / She looks like Mary, Queen of Scots / She seemed very regal to me / Just goes to show how wrong you can be."

Hello, It's Me (1990)
"I really miss you, I really miss your mind / I haven't heard ideas like that in such a long, long time / I loved to watch you draw and watch you paint / But when I saw you last, I turned away." 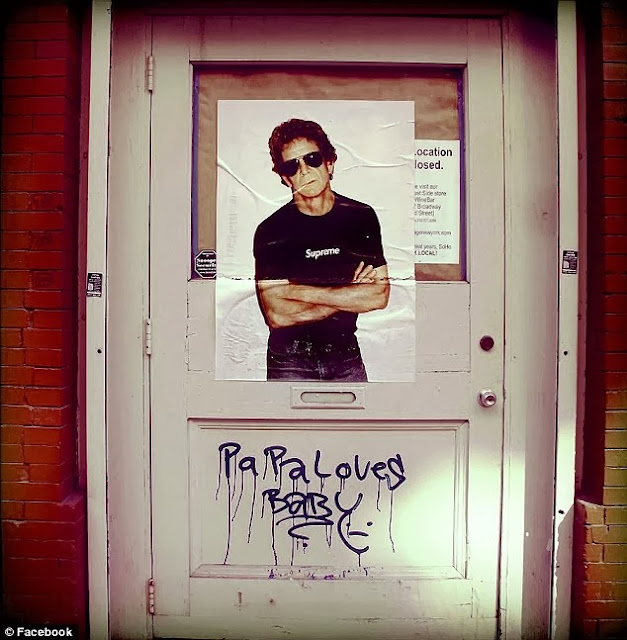 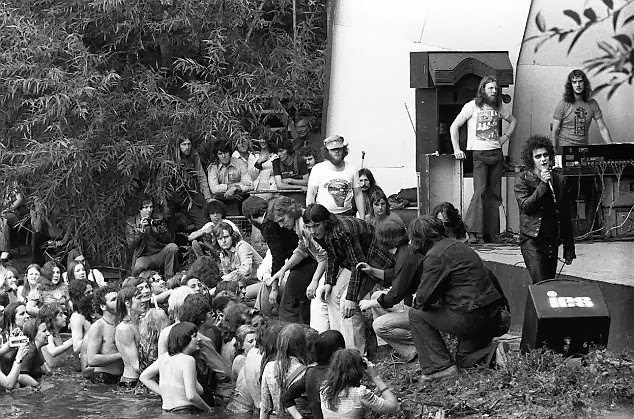 Interviewing Lou Reed: Not a perfect day
First published 2003 in The Guardian
(The interviewer was not named)

I shout after him, thank you, I've come all the way from England to see you, let's talk about what you want to talk about then. He sulks back in, and walks around me, as if weighing up whether to hit me. He sits down. "You wanna talk about music or not?" But, of course, he doesn't want to talk about anything.

I tell him that he's intimidating. (Actually, he's like the class nerd who worked out obsessively and graduated into the playground bully.)

"I'm not trying to intimidate you," he says, mock softly. He looks pleased. "I said don't ask me personal questions."

OK, then, can he explain The Raven to me? He tries and fails, but he does manage to say it took four years to make. Did it upset him that, after all that time, so many critics slated it? "I don't know anyone actually who does care what a critic says. Y'know, I was with Warhol, with Andy, and, the things they would say about him, up to and including when he died... and, of course, now he's quite possibly the top American painter."

The Raven features a singer, simply called Antony, with a wonderful, shimmering voice - almost castrato. I ask Reed where he discovered him, and say that he looks as if he could have popped out of Warhol's Factory 40 odd years ago. He says that his producer Hal Willner found him at the Meltdown music festival on London's South Bank. "After 15 seconds we thought: 'What an amazing voice'. Now, typical of you as an interviewer to say something as cheap as 'Oh, he looks like somebody who could have been around the Factory,' as opposed to, 'What a great voice'."

"I was going to come to that."

"Well, you could have started there."

"You never gave me a chance. Why are you so aggressive to me? What have I done to you? Why are you being so horrible?"

"I'm just pointing things out to you."

I'm lost for words. "I used to buy your records," I say pathetically.

"Are you really this aggressive in real life?"

"Didn't we just go through this? OK, fuck, you don't want to talk about music. ' Antony is someone who could have been in the Factory ,'" he mocks. "You don't say what a beautiful voice, my God!"

"Have I got to sit here and fawn to you? I was going to say he could be in the Factory because he's an original and his voice is stunning and ghostly. But you didn't listen long enough before attacking me."

"I didn't attack you. As attacks go, that is pretty mild. Come on! Come on ! Stop! Who you kidding?"

I ask him if he's happy. Listening to his bile, I can't help thinking this is one unhappy man. I apologise for the personal question.

"I'm not a music interviewer. I do general interviews."

"Hahahahaaa!" And he is really laughing - even if it is the cruellest laugh I've heard. "Well, that explains it!"

OK, who's your music hero? "I love Ornette Coleman. I love Don Cherry. I love the way those guys play. Just my God!" For one second, he seems to be engaging. But only a second. "If you want to know records I like, on the web pages there is a top 100 or something like that."

I ask him whether we can discuss martial arts - strictly in the context of music. (There is a martial artist in his show) He nods. "I always thought martial arts was the most modern choreography we could have right now, and I always wanted to put it to music." What does t'ai chi do to his head? "I try to do it three hours a day. It does a lot of things. Mainly focus." And calmness? "I call calm focus."

Reed and Laurie Anderson were vocal campaigners against the war. How does he define himself politically? "I don't. I'm a humanist." What does he think about America at the moment? "These are really terribly rough times, and we really should try to be as nice to each other as possible." I think he's being ironic, but there's no hint of a smile. 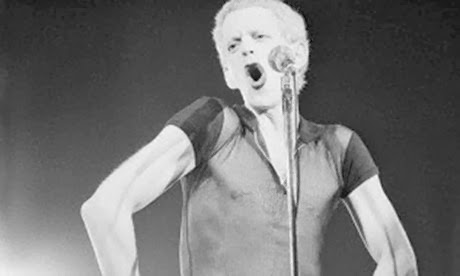 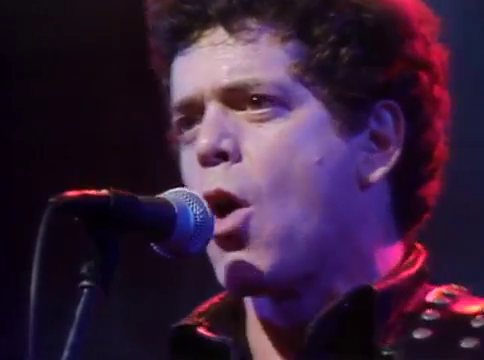 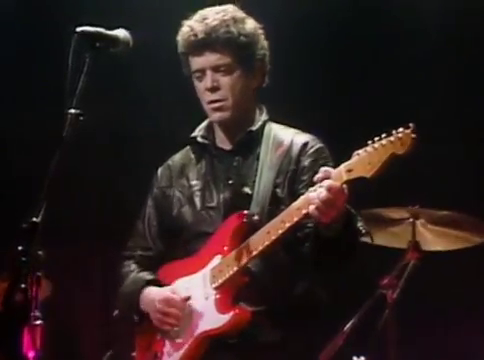 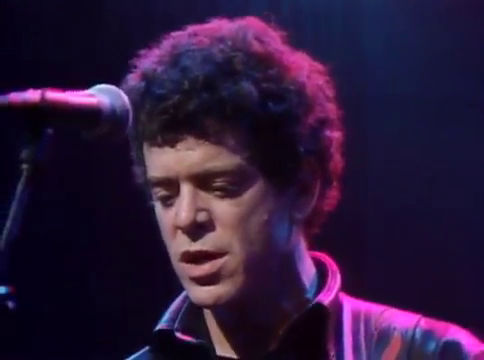 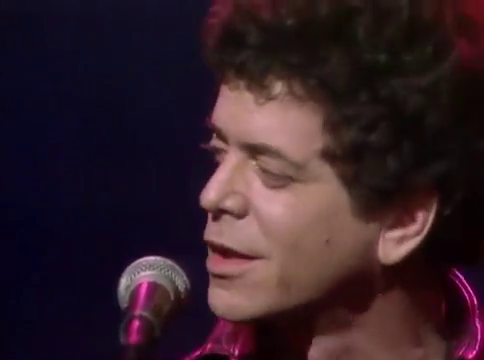 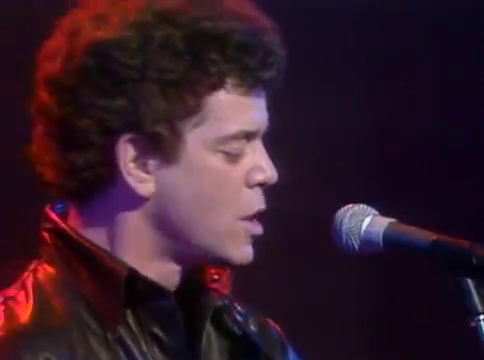 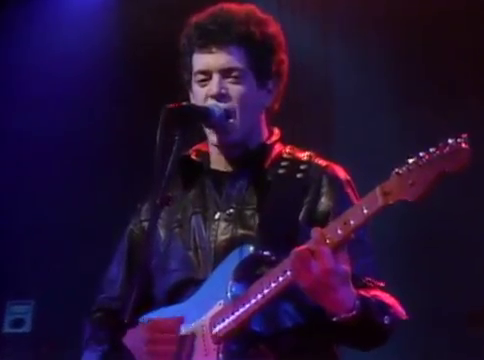 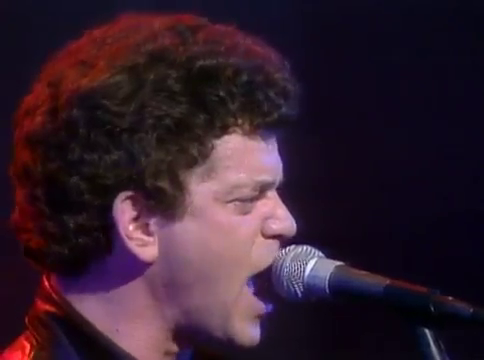 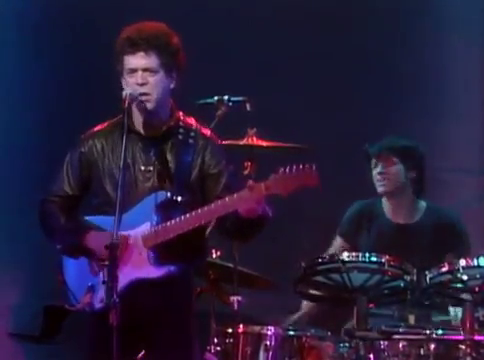 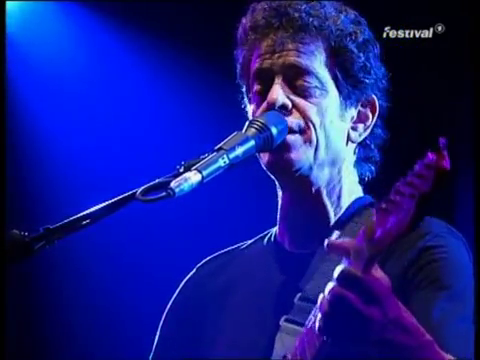 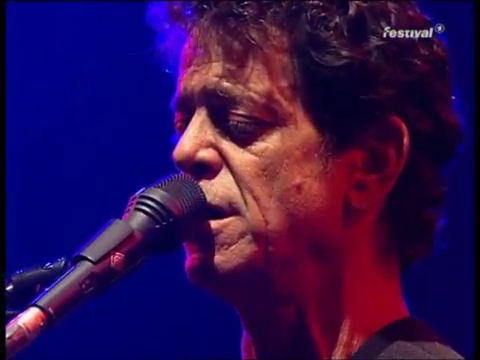